Abanegan: The Zoroastrian Celebration of the Waters 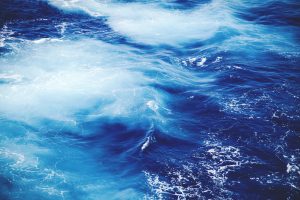 Abanegan (also known as Jashan-e Aban or Aban Ardvisur Jashan) is celebrated when the day of Aban occurs in the month of Aban. This usually occurs around October 26th according to the Fasli calendar used by many Iranian Zoroastrians, though those following the Shahenshai calendar are more familiar with celebrating of “Avan Roj and Avan Mahino” in the Springtime. It is a holy festival that celebrates the Yazata Aredvi Sura Anahita (known also as Nahid, Ardwisur Anahid, or Anahit), our divinity and hypostasis of the waters, healing, fertility, and wisdom, and the Abans (known also as Apas and Ahurai), the divinities of the waters among which Anahita is chief and who appear in most Zoroastrian scriptures from the Yasna Haptanghaiti onwards. As with most Zoroastrian festivals, it also includes commemorations of other stories important to the Zoroastrian tradition.

Abanegan was usually celebrated by Zoroastrian communities in both Pre-Islamic and Pahlavi times as a celebration of the life-giving and Mazda-blessed waters, much like today, but with an emphasis towards visiting shrines and temples dedicated to Anahita and the Abans. Most of the shrines surrounding tales of Sassanid princesses saved by the grounds of the shrines are likely to have been shrines to Anahita in Pre-Islamic times. Records of Abanegan’s celebration have been noted by ancient and medieval authors as having occurred in Pre and Post-Islamic times in not just the core of the Iranian lands but also Yemen, Egypt, China, India, and moreso. Anahita was believed to manifest in the spiritual realm as the source of all waters from the top of the holy mountain of Hara Berezaiti (connected to the Alborz Mountains of modern-day Iran). From here, water and wisdom would flow which would make both the soils and the mind fecund towards virtuousness and prosperity.

Abanegan was viewed to be a festival of thankfulness and reflection with gifts offered to the waters themselves at streams, lakes, ponds, rivers, and oceanic coastlines. Legends of the Shahnameh, the Iranian poetic epic that consists mostly of Zoroastrian tales reinterpreted after the Islamic Conquest of Persia by the poet Ferdowsi, were also incorporated into the stories surrounding the festival. Such stories include that Shah Zav, the son of Shah Tahmurasp, instituted the celebration on his ascension to the throne during which great works were conducted regarding water-related infrastructure. As such, festival celebrations in these times also included the inauguration of such projects on both a community and imperial scale.

Abanegan is still celebrated not just in Iran and other Iranian-adjacent countries but also internationally wherever the Iranian diaspora and Zoroastrians are to be found but seems to be mostly celebrated by Zoroastrians these days. On this day, Zoroastrian clergy traditionally organize Jashans, celebrations of thanksgiving, and provide prayers and blessings to the laypeople. Believers still head out to the waters to offer thanks, gifts, and prayers towards the waters including the recitation of the Aban Yasht and the Aban Niyayesh since both are dedicated to the Abans and Anahita. In some communities, women are celebrated alongside the Abans as being divinely connected to the life-giving and Mazda-blessed waters and sometimes women lead the festivities and rituals especially in their households.It may not have the same pomp and ceremony as many of the other Zoroastrian festivals but it is nonetheless still devotedly celebrated by Zoroastrians worldwide.

What Lessons Can We Learn From Abanegan?

Zoroastrians of all stripes can see Abanegan as a festival to not just honor how important the waters are to our very survival and development as individuals and communities but also as a warning of the continuing degradation, pollution, and utter disregard of what may be one of the most important substances of human existence, spiritual or not. Gather together those close to you and go make sure the waters near you are clean and respected, that your leaders and businessmen are held accountable for what they’ve done to our sacred waters, and to make sure that Zoroastrians lead the charge in protecting our environment since we, as is core to our faith, love and worship the waters and the earth it nourishes. Let us be Ashavans, blessed and protected by Anahita, the Abans, and Ahura Mazda, and remember and respect the importance of the waters during this festival and throughout our lives.

This article has been kindly contributed by WZO Member Pablo Vazquez, a proud Zoroastrian and  convert first and foremost and a scholar of the faith and other religious traditions having attained a Masters degree in Religions of Asia and Africa through the Shapoorji Pallonji Institute of Zoroastrian Studies at SOAS University of London. They are currently in the process of publishing an updated translation of the Gathas titled “The Sacred Gathas of Zarathushtra & the Old Avestan Canon” to be released by J.H. Publishing in 2022.