Frene Ginwalla was a great soul. Respected for her steadfastness to see the end of the barbaric apartheid regime that illegally ruled South Africa from 1948 to 1994.  Frene was my heroine. Her death has left me numb. You believe that human rights warriors never die they live forever.  In a funny way they do. Frene will live forever in the hearts of all those that fought the horrors of apartheid and those that endured those terrible years of vicious racism.  Frene’s life was magnificent. She gave her whole self to fight the apartheid regime of South Africa and she finally won. 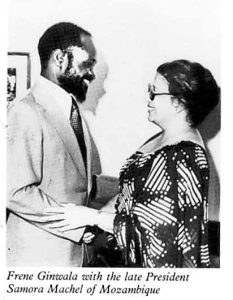